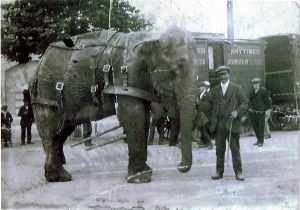 I have been contacted by Geoffrey Younger with photographs by Arthur Feely, who used to be an elephant handler in the early 20th century. Geoffrey also says Arthur can be seen in the Hull Fair photograph recently published on here and the research website.

Geoffrey is Arthur’s grandson and has published some information about Arthur on the NFA website. Elephants were used extensively in travelling menageries for hauling waggons in the early days. I will be publishing a rare early photograph in the next few weeks concerning this practice. 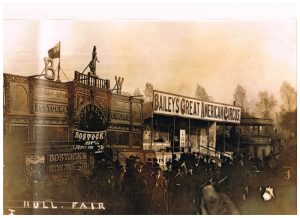 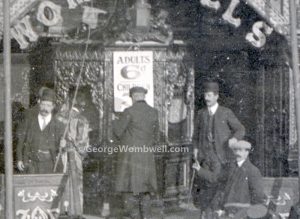 Geoffrey thinks Arthur is the man on the right in the close up of our Hull Fair photogragh.I think Geoffrey is correct. If anyone knows who else is in the photograph, then please contact us. It seems Arthur was a loyal worker for the menagerie.