The following photographs have emerged of Bostock and Wombwell caravans probably travelling in the vicinity of Glasgow. Arthur Feeley is the elephant handler on the right in two of the photographs. 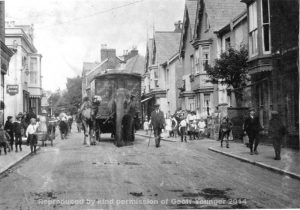 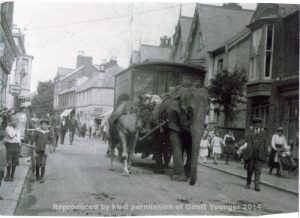 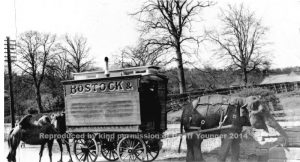 This photograph from a glass plate negative (poor condition) came to light recently and is now in the GeorgeWombwell.com collection. 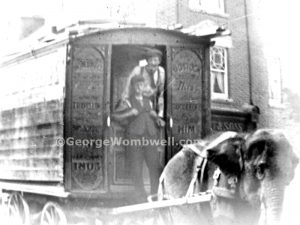 Do you recognise either of these ‘drivers’? Let us know if your ancestors were drivers or elephant handlers with Bostock and Wombwell’s Travelling Menagerie.

The date is probably around 1900, but it may be earlier or even later.

Addenum: Thanks to Jim Stockley for correcting my undoubted lack of knowledge in the zoological department!

Thanks also to Geoff Younger for suggesting the man standing at the back might be Arthur Feeley. Arthur had been injured during WW1 and was given permission to travel inside the vans according to Geoff. This then might date the photograph from 1917 onwards when Arthur returned to duties at Bostock and Wombwell.