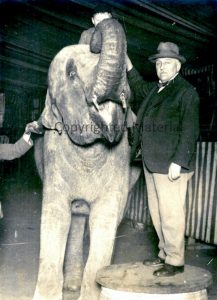 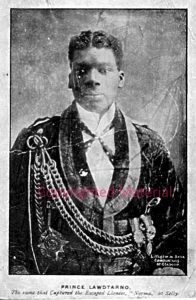 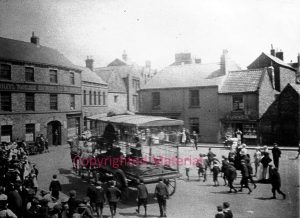 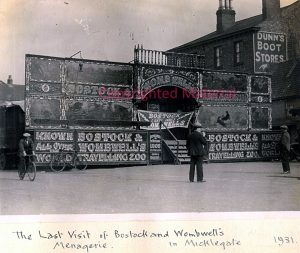 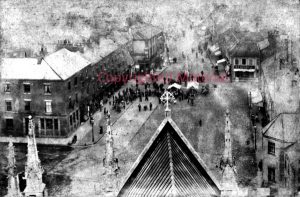 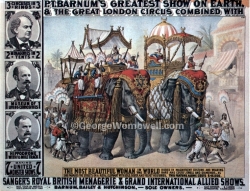 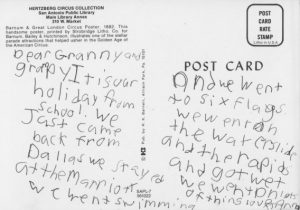 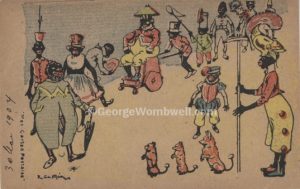 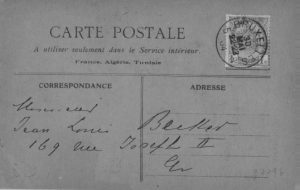 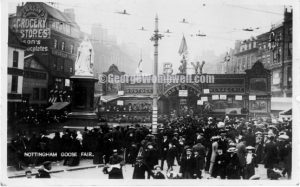 I have to say, I did not know of its existence till a reader tipped me off. Anyway I have this text and provide the following review, taking into consideration the other reviews already published over the last 12 months.

John Simons is Professor and Executive Dean of Arts at Macquarie University, Australia and has previously released books on animal studies including Rossetti’s Wombat: Pre-Raphaelites and Australian Animals in Victorian London, 2008.

I therefore thought this text would be a scholarly work, but it is not. It is a good read nonetheless, and includes many of the facts and myths surrounding travelling menageries. It goes far beyond these menageries and covers zoos and private menageries as well as museums.

The Times Higher Education Supplement reviewed the book and made the following observations:

Drawing in part on a “spoil heap of material” from his 2008 book Rossetti’s Wombat: Pre-Raphaelites and Australian Animals in Victorian London, which told the story of Dante Gabriel Rossetti’s menagerie, Simons offers engaging and entertaining tales of how a tapir terrorised the people of Rochdale, the growth of Belle Vue and other zoological gardens and, of course, an account of the titular tiger that swallowed the boy. Equally interesting is his consideration of the trade in exotic animals and the clash of empires, in particular those of Germany and Great Britain. Despite its entertaining stories, however, the main problem with this book is that the research appears populated with the sensational narrative style of many 19th-century voices and less so, it appears, with archival sources. Too often, Simons’ conversational style has the flavour of a cut-and-paste assemblage of anecdotes, references and ripping yarns.

I tend to agree and I am disappointed that there are no footnotes and paged or chapter referenced bibliographies, other than a final Select Bibliography. I would have expected more from a scholar, which leads me to think it was a hurried publication of an unfinished project.

Nevertheles, it makes good reading and has provided many interesting ideas that can be followed up thoroughly in future. Available on Amazon via the link below:

The Tiger That Swallowed the Boy: Exotic Animals in Victorian England 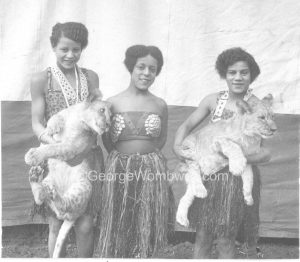 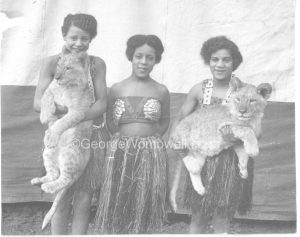 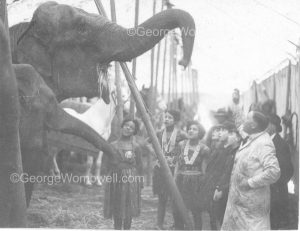 The following old photograph, taken around the turn of the 20th century, shows a carriage of Sanger’s as part of the arrival of the circus to town. It is thought to be Hereford and is probably taken in Bewell Street with All Saints church in the background. 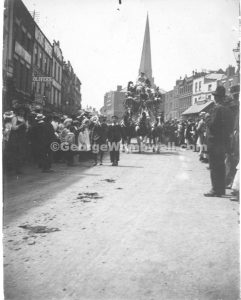 Generally, showmen coupled several horses to their carriages on such parades. Wombwell is known to have coupled up to eight horses to a carriage on at least one occasion. 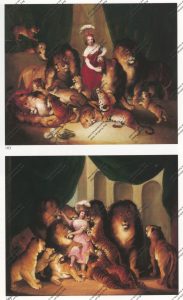 Published today, a history of the Lion Queens that became famous in the 19th century world of traveling menageries and circuses. One of the most famous is Ellen Chapman, here depicted by Horner with wild beasts. The works are oil on canvas and are a pendant pair. Last known at auction in 2000. This is the last in our series on Lion Kings and Queens.